Once again, I've dobbed on my neighbours to the Internet.

You guys. Things in my building are TENSE.

To give this 100% true story the full details it deserves, I need to give you some back story.
​
I live in an innocent apartment building in a a cute lil suburb of Melbourne (no, you revenge-thirsty bloodsuckers, I will not give you more details so you can come and exact your own punishment on the Lipstick Thief). Our building has a front glass door through which anyone can enter, then a lobby of letterboxes, then a second door that can only be accessed with a code or key. Above our letterboxes is a window ledge, where most neighbours allow parcel deliveries to be left unattended. It might sound stupid, as anyone can publicly enter through the first door and steal our shit, but with all the CCTV cameras around, it feels safe enough. There’s always stuff there waiting to be collected (or stolen) - parcels, flowers, Hello Fresh groceries, etc. 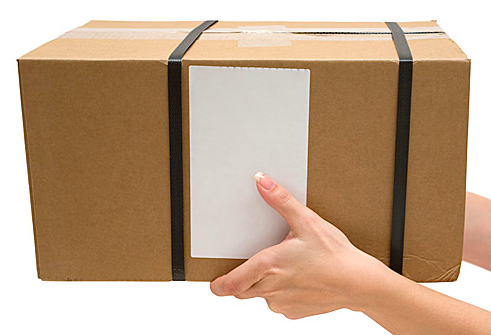 This is what a parcel looks like. (NB: I have very few relevant images for this post.)
​But things turned towards the end of last year, when a fellow suspicious neighbour told me his deliveries had been disappearing. He thought it was the cleaners who mopped our lobby every Friday morning. I reassured him that people with mops are trustworthy (I'm not sure where I got that from, but I just felt he needed to calm down). In my usual air-headed, overly-trusting, puppy dog way, I ignored his warnings and continued to instruct ASOS et al to leave my packages above the letterboxes as usual.
​
Anyway.

About six weeks ago, I ordered a deliciously nude lipstick online. I am not a big spender. I am a tight-fisted, oft unemployed actor. But this lipstick was delightful. ‘Nude Pop’ from Clinique was going to turn my life around, and take me from Not to Hot. Okay, I’m being dramatic, my life was fine. But it was a bloody nice lippy that had cost me about $45 plus postage, and I had carefully selected all the free samples to go with it, so I was really excited to get this little parcel of happiness. 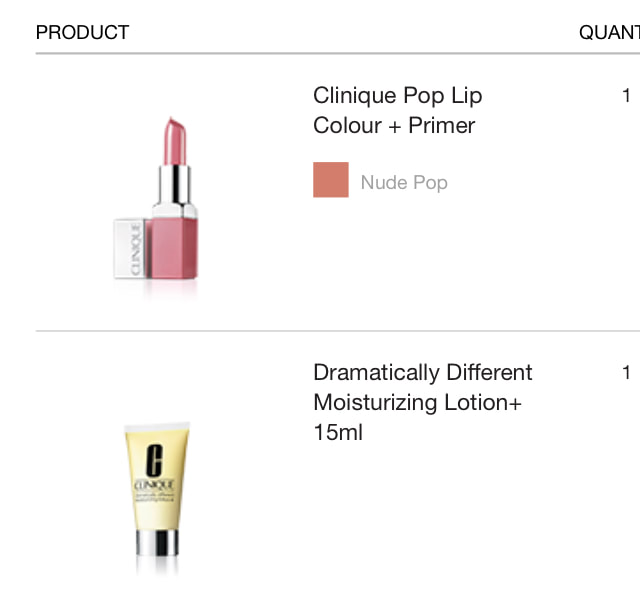 Oh, my lovely lipstick.
​I got a message from Australia Post letting me know it had been delivered. I was upstairs in my apartment, in my dressing gown at 5pm on a Monday (like I said: oft unemployed). Obviously, I had to finish watching one and a half episodes of UnReal before I could go all the way downstairs to fetch my parcel. But when I got down there at 6.30pm, IT WAS GONE.

The letterbox space was empty. Wot dis?! Where lippy?!

I emailed Australia Post to tell them they were a bunch of dickheads and where the f was my package and have you delivered it to the wrong address you useless jerks; all the really calm, justified thoughts of a parcel-less woman scorned (actually, I was very polite and lovely because I am not good at confronting people unless it’s a passive aggressive open letter to the internet, like so). The legends at Aus Post were very profesh: they quickly replied with an email showing a photo of the parcel sitting cutely above my letterbox at 5.07pm. So it was not the mailman’s fault. 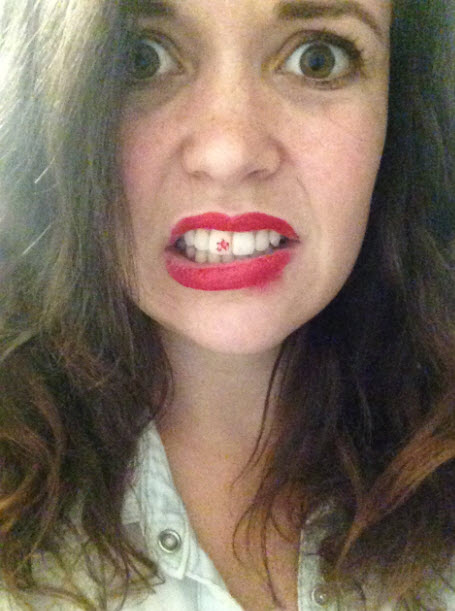 An old photo exhibiting why I rarely wear bright lipstick. This would've never happened with Nude Pop.
​Next step: we (meaning my lovely Lawyer Fiancee did all the work, and I ate biscuits and cursed at people from afar) contacted the Body Corporate of our building and asked for the CCTV footage from our lobby. They said we had to pay $300 to obtain said footage, because they had to hire a technician to retrieve it.

Were we going to pay $300 to see someone steal a $50 package? You fucking bet we were. Even though we knew the footage could be useless/grainy/low-def (assuming it’s not like crime shows where you just press a button saying ‘enhance’), we were sooooo up for it.

Yesterday, we received the footage. Let me tell you, my friends. It was worth every damn cent.

An artistic description of the perp, because I don't want to shame her. Yet.
​We can see, in clear, colour, hi-def glory, a lady enter our building, use her key to check her letterbox (SHE’S A NEIGHBOUR! And now we know which apartment she lives in!), and spot the Clinique-branded package with my name on it above the letterbox. She then walks away, breathes her last breath as an innocent woman…. Then walks back to take my Nude Pop lipstick.

But also: I owe her a thank you. Thanks, Lipstick Thief, for the best $300 I’ve ever spent. Because seeing you pick up my parcel made every cell in my body scream with gratification. We found our thief. And she lives in our very building.
​
What do I do now?! Well, the suggestions have been sinister and glorious. Write THIEF on her door in lipstick. Send more parcels to myself that contain sadisitic surprises for her to steal. Wait in the lobby until I see her, then passive aggressively ask her where she bought her makeup.

All excellent suggestions. My hands are shaking with excitement. I’m not even kidding: I’m fielding calls from a shit tonne of media and news stations… everyone loves a revenge story. The thing is: I don’t want to publicly shame her. I don’t want her face posted around my suburb, with LIPSTICK THIEF scrawled across it in red letters. But if she does happen to read this, as she sits in her living room with Nude Pop coloured lips, she might think twice about stealing another package from above the letterboxes.
​
Stay tuned. I promise I will take some kind of action and do an update soon. Most likely, I will go and knock on her door and have a really awkward conversation. Or break into her bathroom, steal my half-used lipstick back, and move to another suburb.

*Main photo from News.com.au proving why I shouldn't call people childish names on public forums... also it looks like I was the one caught on camera.  But thanks.
READ PART TWO: THE CONCLUSION!